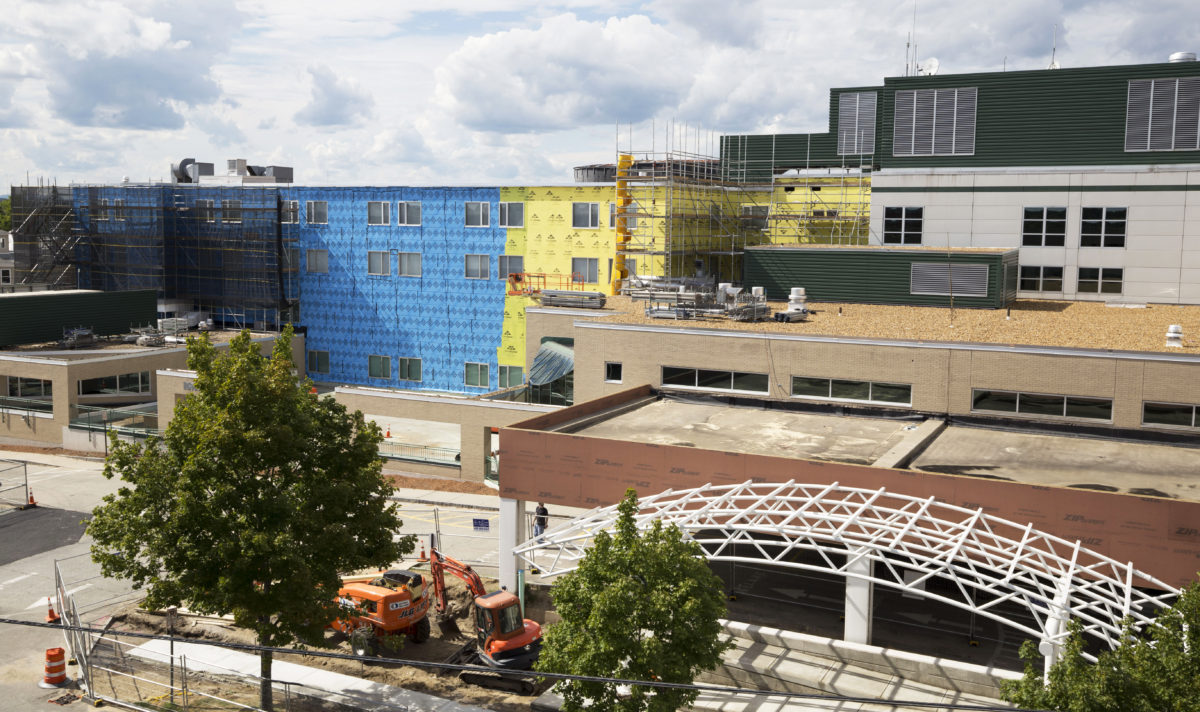 In early May 2016, Fulcrum was selected to renovate the façade of the Southern New Hampshire Medical Center on Main Street in Nashua, NH. The project consisted of refurbishing the outdoor patio area, upgrading building access, installing three independent canopies, and replacing the roof over the Intensive Care Unit. The project was completed in two phases.

The first phase began with the construction of the three canopies; one over the main entrance to the building, one canopy that covers the entryway into the parking garage, and another to cover a newly built pedestrian walkway. Part of this renovation also included restructuring walkways to include handicap-accessible ramps that conform to ADA standards.

The second phase began with staging and demolition of the current-standing façade on the SNHHS building. The exterior sheathing was removed and replaced, and a permanent moisture barrier was added. Following this, a new metal panel system was installed to the façade, along with new windows. Finally, the roof of the ICU was replaced.

In the final phase, the existing 5,200sf patio was refurbished; it consisted of a few picnic tables on a basic concrete surface. The renovated patio has a new paver system installed, as well as a vegetative roof system. The addition of new benches, tables, and green space with plantings were included.

This project was completed in November 2016.

Southern New Hampshire Health System is made up of Southern New Hampshire Medical Center and its affiliated multi-specialty provider group, Foundation Medical Partners. The Health System is committed to improving, maintaining and preserving the health of people in the greater Nashua area. The Medical Center is celebrating a 125-year tradition of providing innovative health programs and preventive health resources to the community.