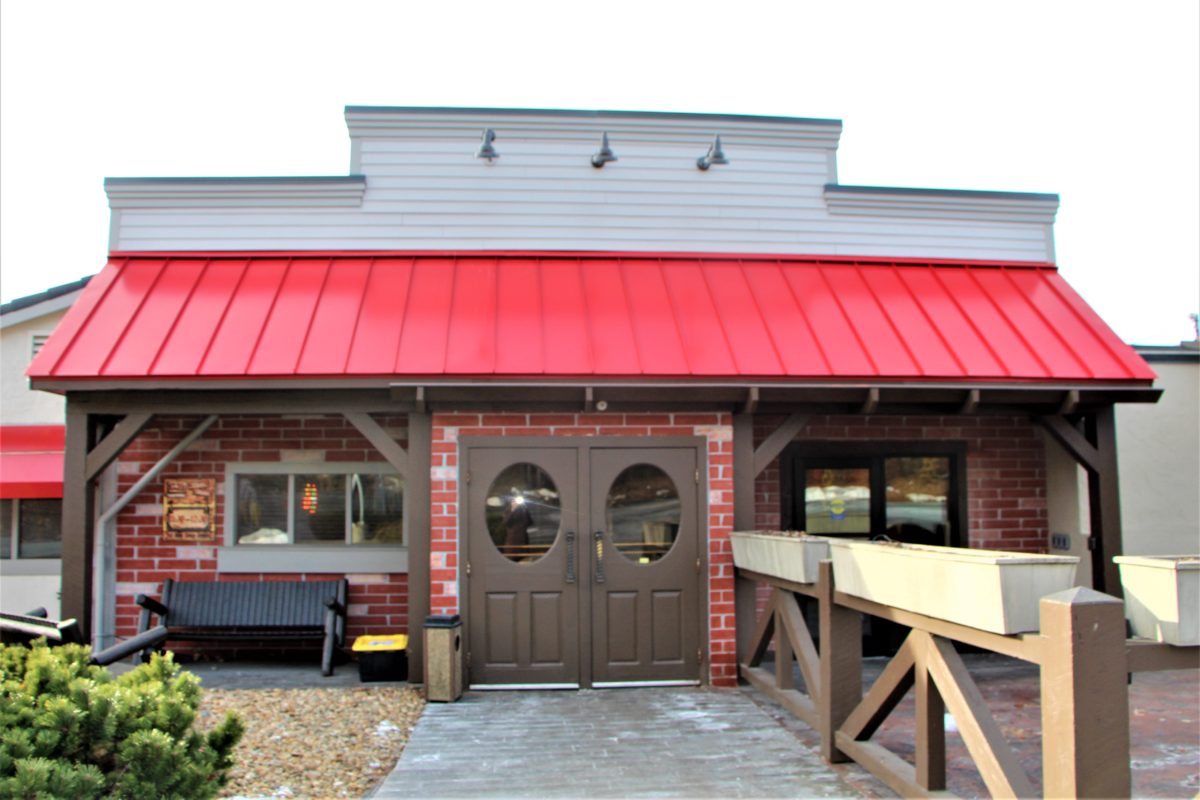 Amherst, NH – (December 19, 2018) – Fulcrum Associates, a leading construction management firm in southern New Hampshire, completed significant cosmetic renovations to CJ’s Great West Grill in Manchester in conjunction with the restaurant’s new menu launch in October. Over the course of 10 days, mechanical systems, walls, roofing, and customer areas were upgraded during a full restaurant shut down. The restaurant re-opened in October with a new menu, available now, that features a diverse offering of burgers, steaks, salads, seafood, barbeque and its classic Mexican fare.

Physical renovations were made to the building to reflect the restaurant’s new offerings, including replacing the stucco exterior with a modern clapboard and cement board and batten siding. The roof was reconfigured from the original radius parapet to a more recognizable southwest design, which includes a faux stone chimney and standing seam metal. Installation of a new patio door allows for easier access to the existing stamped concrete seating area, which features new awnings, LED lighting and signage. The entire parking lot was also reclaimed and repaved.

The interior, including the bar and seating area, was given a more robust southwest appearance with new paint, booths, carpeting and furnishings. The kitchen received a new exhaust system and cooking hoods, and the original cooler system was replaced with a larger cooler and freezer unit. The new cooler includes a separate beer cooler, which allows the bar to increase the number of taps.

“We have completed a number of projects for the Great NH Restaurants family of brands so we know firsthand that great food, a friendly atmosphere and upbeat staff has made CJ’s a staple in Manchester for more than 20 years,” said Jeff Luter, president of Fulcrum. “It was important to all of us that these renovations be completed quickly to welcome patrons back in as soon as possible. With its new menu and upgraded building, CJ’s has even more to offer and we’re proud to have our name on this project.”