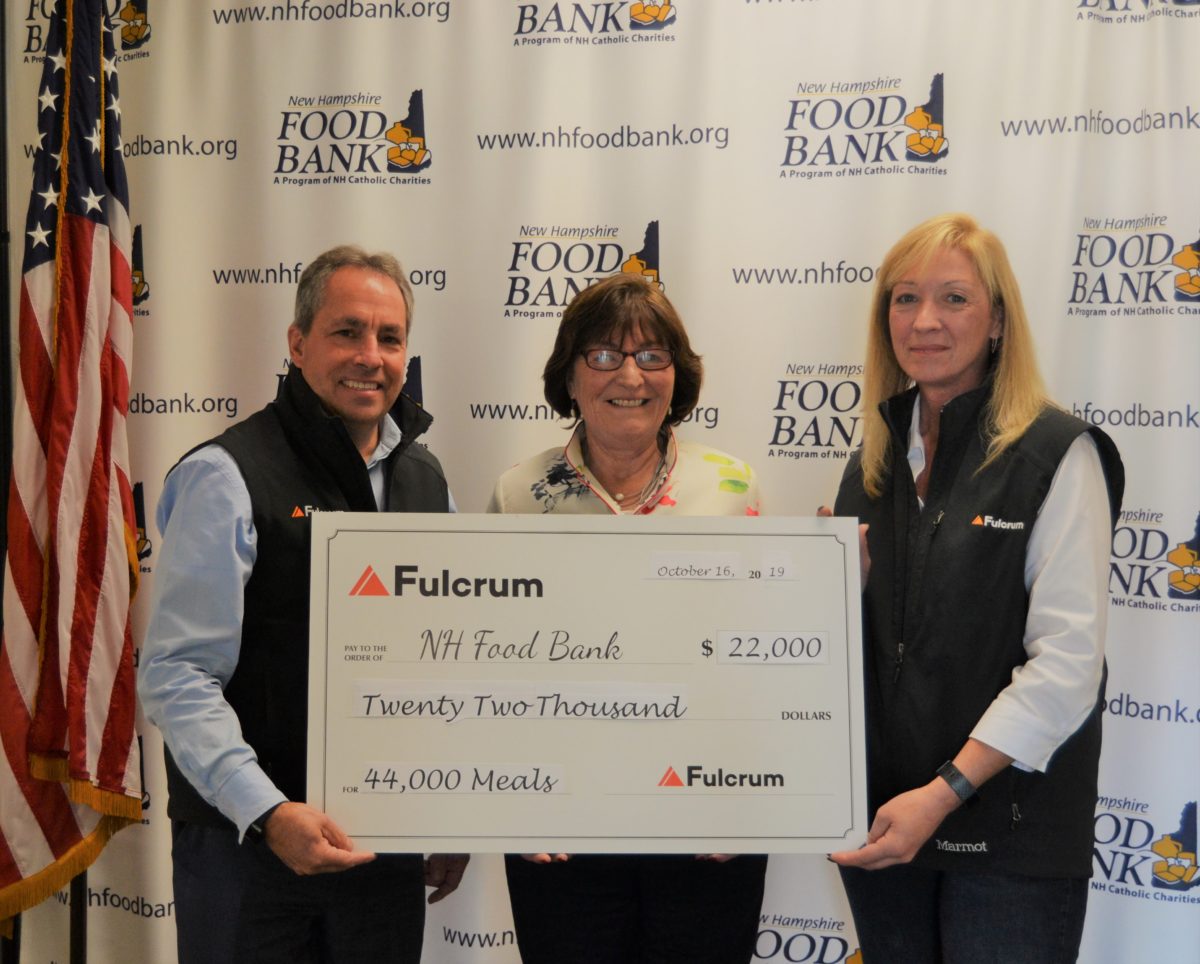 “Due to the incredible generosity of our sponsors and players, this year’s tournament raised more than our first two tournament years combined. We are grateful to everyone involved for coming together in the name of community,” said Jeff Luter, president of Fulcrum. “At only 50 cents per meal, the support the New Hampshire Food Bank can provide to those in need with our donation is humbling to consider. We’re proud to contribute to an organization that has such an impact on those in need, both in our own backyard and around the state.”

As the only food bank in the state, the New Hampshire Food Bank, which receives no state or federal funding for food distribution, delivers nutritious food to partner agencies statewide, including food pantries, soup kitchens, afterschool programs, senior centers and other nonprofit programs. Last year, the New Hampshire Food Bank distributed more than 14 million pounds of food to its partners statewide.

“When every contribution makes an impact, we can all be part of the solution to eliminate hunger in the Granite State,” said Eileen Liponis, executive director of the New Hampshire Food Bank. “We are exceedingly thankful to Fulcrum and its partners for their continued generosity over the past several years, which have been critically important in helping people in need.”